I first heard the Proust questionnaire three years ago while listening to an episode of CBC Radio One’s, The Next Chapter. It was a brief clip – perhaps 30 seconds long – and consisted of an unnamed French accented male voice interrogating a Canadian writer I can’t remember while minor piano keys rang ominously in the background. “What is the lowest depth of misery?” he asked. I don’t remember the answer, but the question stuck with me. “What is the lowest depth of misery?”

Over the next few months, I began tuning in to The Next Chapter more regularly. The guests were always an interesting assortment and the banter they shared with host Sheilah Rogers was consistently thought provoking. However, the part that I looked most forward to every episode was that dramatic, French accented voice, and his Proust questionnaire.

As I eventually learned, the decision to cast a French male in the role of interrogator was not likely accidental. Originally an English parlour game, the modern name and popularity of the questionnaire is owed to French writer Marcel Proust. In its Proustian form, the questionnaire consists of thirty-five questions, each devised to reveal the specific tastes, fears, and aspirations of the test taker at that particular moment in time. The range of questions is an interesting one, from the philosophically bent, “what is your favourite virtue?” to the peculiarly specific, “what is your favourite flower?”

Since I first heard those melancholic piano keys and that striking voice, I’ve toyed with the idea of completing the Proust questionnaire myself. Yet, for one reason or another, I never got around to it. At least until now. With my return to Canada now less than two months away, I’ve begun to reflect on my life abroad over the last few years; and in the spirit of reflection, I’ve sought Proust. 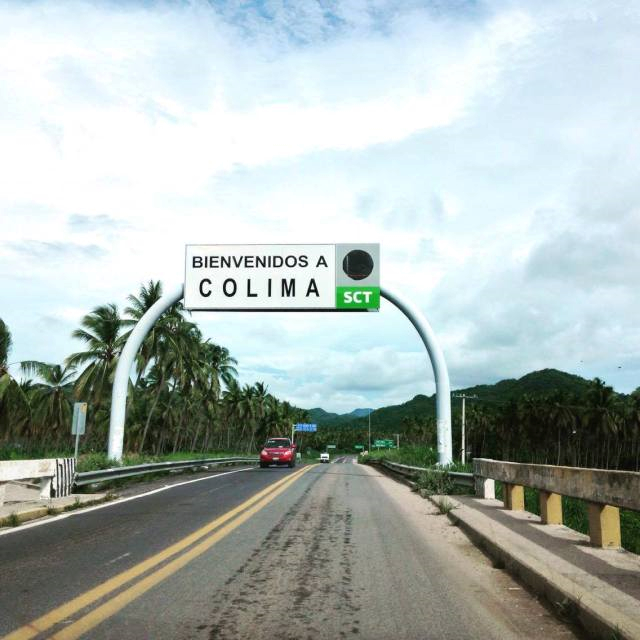 For the last week or so I’ve been working my way through the Proust questionnaire. Thus far, it’s been a cathartic, yet surprisingly difficult experience. Perhaps nowhere is this difficulty more evident than in my struggle with the question, “What is the lowest depth of misery?” Given that this is the first question from the questionnaire I’d actually heard, it’s also the one that I’ve had the most time to think about. Time, however, has not made it any easier to answer and, if I’m honest, this question is probably the reason that I’ve been so reluctant to start this project.

This reluctance has largely been the result of two observations: first, as should be clear to anyone reading this, I have not experienced the entire range of situations that are likely to produce misery in a human being, and so I cannot provide an authoritative answer by way of comparison; second, I’ve noticed that my answer is apt to change depending on my life circumstances. Of course, created as it were with the function of revealing information about one’s present mental state, answers to the Proust questionnaire are not supposed to be definitive. Still, though I recognize this, it’s been difficult to rid myself of the feeling that my answers are somehow inadequate. For this reason I’ve created a disclaimer that I’ve grown fond of repeating: these answers are personal, temporal artefacts of my present condition, and they are subject to revision as conditions change.

Right now, perhaps one of the most noteworthy conditions in my life is one of living and working in Mexico. While certainly there are other facets of my life at play, as I read through my answers to the Proust questionnaire it’s clear that many of them have been influenced by my experience here. Here are two of the more obvious examples.

Focus Groups 101: Get out the megaphone

A look at our project in Colima and some tips for designing and directing focus groups.

Over the past couple of months, Cody and I along with the IPCO (Institución de Planeación de Colima) office have been in the process of conducting a study on a local park, las Huertas del Cura. You can see Cody’s first blog post which discusses his original encounter with the park and the story of how Huertas del Cura came to be 5 years ago when another Canadian intern was working with IPCO. However, since that project, the park’s facilities and ambiance have steadily declined. The park is still in use, for football games, zumba classes, fishing in the small pond, and people just strolling and enjoying some time in nature. But these activities are limited because of how the facilities have been maintained and how this lack of maintenance has brought issues for the park’s environment. This is a troubling finding for IPCO considering it was one of the organization’s first projects to come to fruition. Cody was very curious about learning more about these problems and quickly gained the interest of the rest of us at IPCO into investigating possible solutions from this space.

We began our study by having different members of the team go to Huertas del Cura to document observations for an hour each during different times of the day. In my own observations, I noticed lots of transit through the park, people on their way to school or work. As well, many children came to play while adults came to exercise or walk their dogs. Some parts of Huertas del Cura still hold lots of life throughout the day but it also possesses spaces that remain untouched by most. I never felt comfortable walking behind the soccer stadium due to abandoned rooms where I observed drug usage, a space for the homeless, and overall state of filth from garbage and human excrement. This is probably the most extreme example of the disarray of the park but because of these conditions, the park has attracted petty crime and feelings of insecurity for its users.

These observations allowed the IPCO team to begin forming questions to ask the users about their experiences and opinions on las Huertas del Cura. During my Masters, I had directed my own interviews and focus groups which allowed me some background when creating these types of research plans. But in that case, I had easier access to my participants because I was working in the organizations where they were already involved and they had gotten to know me. In the case of the park, we were strangers asking people to speak with us. On a personal note, this was a challenge because I have difficulty engaging new people in discussion due to my own anxiety and feeling as if my intrusion might bother them. I had to overcome this anxiety very quickly when we began the survey portion of our research. Through both practice and self-talk, I completed surveys with Cody which proved to be great success in hearing about the neighbours’ experiences and opinions on the park. 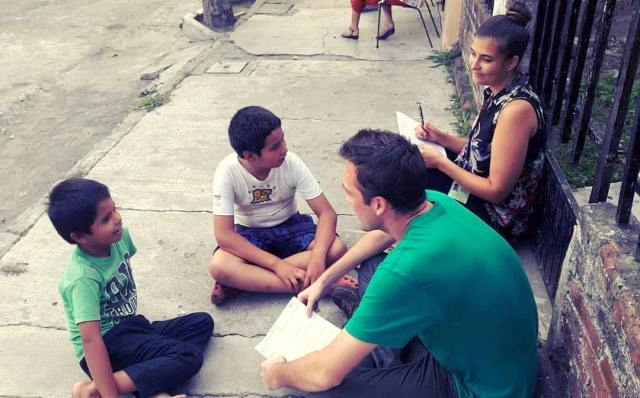 Some points on surveys:
Despite the surveys being a time consuming activity, it was very rewarding speaking with neighbours about their perspectives on the park as well as learning more about Colima in general. Now onto… focus groups! This was my big part in the project as I designed the format for how it would be carried out. I wanted the focus groups to be dynamic and creative in order to ensure interest and engagement from participants. The following will give an account of our original plan for the focus group and then an explanation of how the focus groups were actually carried out. 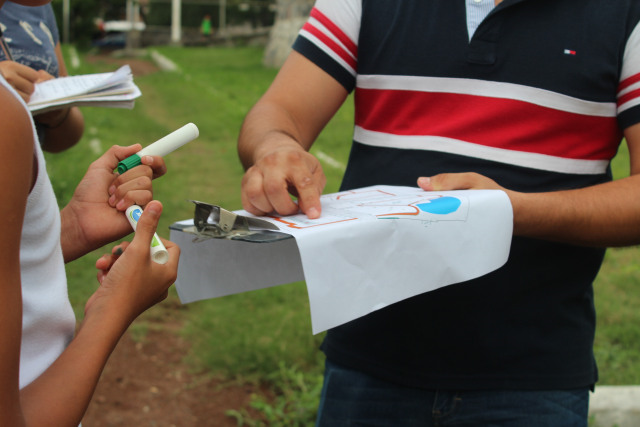 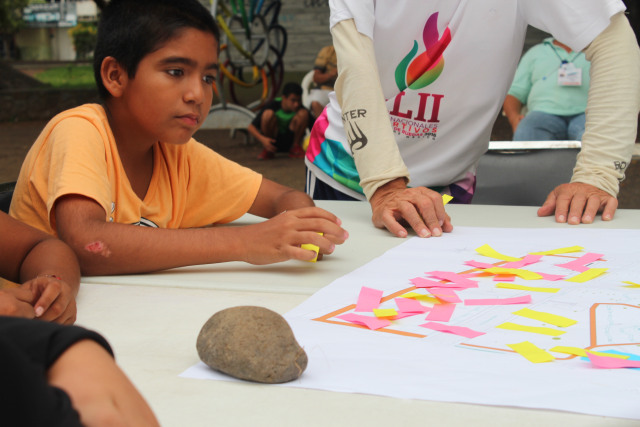 Where to invite:
How to Invite:
Focus Group Agenda:
Activity 1 – Mapping 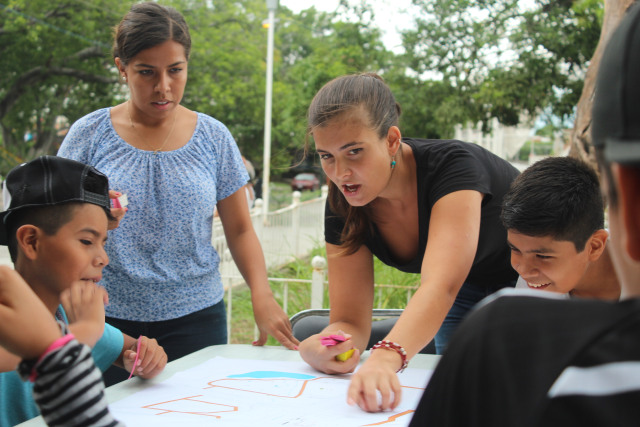 Mapping the park with post-it 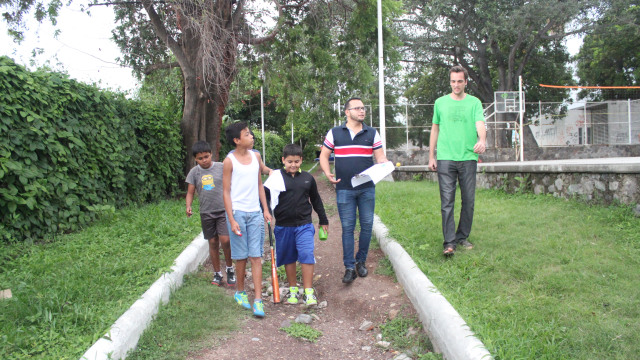 Doing a walk around the park to mark off observations 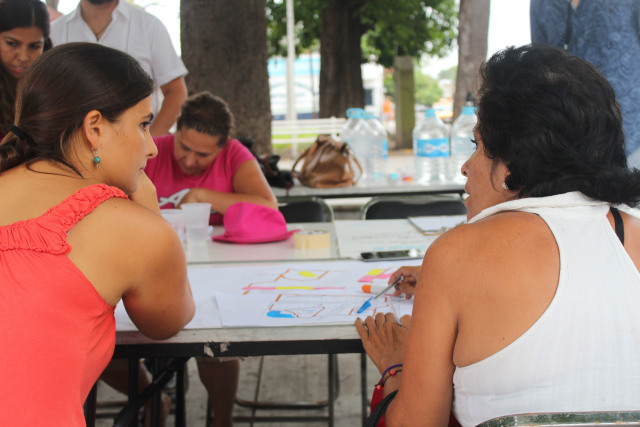 Discussing ideas for what the park could be someday 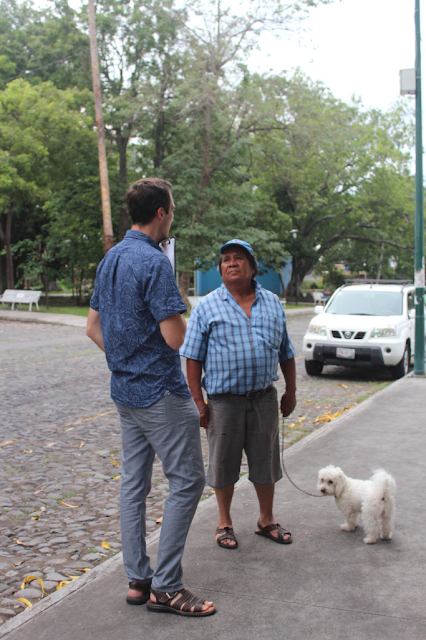 Despite these obstacles we have faced throughout the process, organizing and moderating these focus groups has been very rewarding. Engaging with people from the community allows our research to maintain some elements of participation and overall we hope that these initiatives can inspire other organizations, whether neighbours or different park users, to involve themselves in the process. 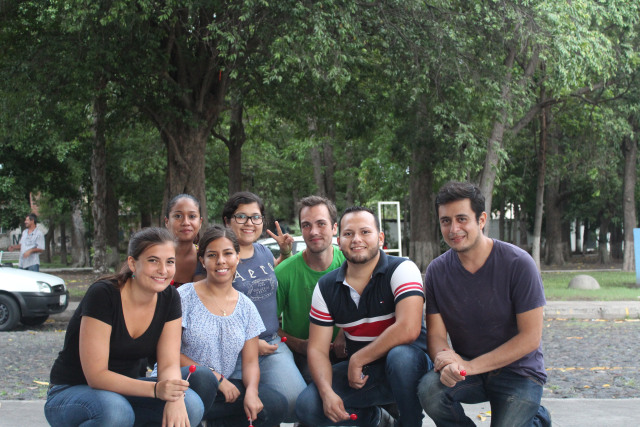